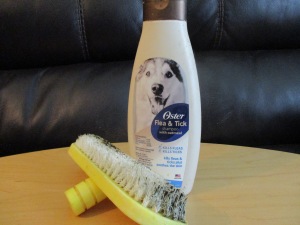 Noah, obeying the word of God was assigned a huge task
He did what he was told, he didn’t bother to ask

After building the ark with a mallet, wooden pegs and and a saw
There shouldn’t be a problem when the animals arrived that he foresaw

Unfortunately as the animals marched up the ramp two by two
Noah didn’t have a bucket, a long handled brush and a couple gallons of flea shampoo

While he was at it though a guardian at the door to control roaches, lice and mice
And a few less poisonous snakes would have been nice