The Killing of Major League Baseball 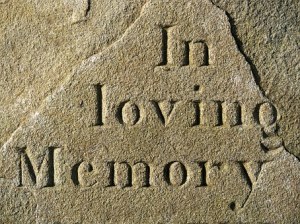 We are here to bury baseball not to praise it, the end came hard and fast.
It was determined the pace of play caused the game to breathe it’s last.
But the efforts to accelerate play wound up slowing the contest down
“Live in the moment, “ the sports psychologist say. “Unsnap your gloves and fiddle around.”
“Think about the pitch, achieve proper launch angle, swing through your predetermined zone”
And as strike three sails past you can blame the ump for calls blown.
Oops, time to change the pitcher, the starter has worked five innings and thrown eighty nine times
Sure he has a three hitter in play, but working the sixth would rank high in heinous crimes
Now we get that hallowed righty/lefty match up, much to the advertisers delight.
Two more pitching changes, twelve more commercials and this game goes to midnight.
Six more strikeouts, one home run and a bunt attempt call at first needs a review
Cut to the drug ad, beer ad and new car trash talk, and the fans are starting to boo.
The camera focuses on the backsides of three fat umps standing in a group
One has a head set, one stares at the booth and one looks into space like a nincompoop
The days of Sparky Anderson in a rage and Earl Weaver nose to nose are a youthful recollection
That game could hinge on the ump’s eyeball call and the ensuing fracas might lead to ejection
But now the headset ump removes his earphones signals the call as ordained by New York
Sure he doesn’t have to wipe tobacco juice off his face, but now a conformist dork
The announcers as if on cue, are quick to point out this is for the benefit of all involved
No emotion, no dirt kicking, no offering of eye glasses, just a shrug by managers, situation resolved
The broadcasters can go back to killing their listeners with needless pointless stats
“This player hits better after two strikes against Latino pitchers with runners on base using black bats”
Whatever happened to swing at strikes, put the ball in play and hit it where it’s pitched.
Sadly that idea went the way of affordable tickets, two dollar hot dogs and was ditched
The game is now a stream of steroid enriched behemoths hitting two thirty swinging for the fences
Hit a couple of long balls by the fourth before the parade of arm weary relievers commences
The thrill of the teacher rolling in the TV and watching the World Series is gone
It’s a shame the playoffs are played in arctic chill till the wee hours of the dawn
Staying up late now means playing endless rounds of Doom on your Play Station
No father son talk of stolen bases, moving the runner, or pitching rotation
So Baseball go ahead, sell a colorless diluted product while giving players million dollar deals
When no one is buying into this lame excuse of the Grand Ole Pastime, see how that feels

2 thoughts on “The Killing of Major League Baseball”