Save The Last Dance For Me

People want to get out, to assume normalcy and to be part of a crowd
Emerging from government forced hibernation eager to participate in activities that are allowed

They want to attend concerts, eat at restaurants and socialize at bars
They want to return to yesterday and take back what is ours

The population is more than ready to attend church, sporting events and to travel
To lift up the once strong economy that took only a month to unravel

Where’d All These Experts Come From? 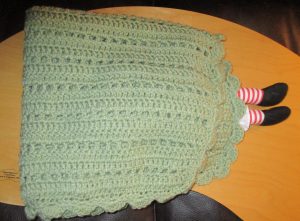 They appear on camera, at a podium and on the air waves
Dishing out daily expertise while showing excavators digging mass graves

Two months ago no one knew these people to be a health authority
Suddenly, because the media says so their opinions now rule the silent majority

“Stay at home the experts advise, wear a mask and wash your hands
Shut the work force down keep your distance do what what we say,” Big Brother commands

WHO has aligned with China and become a puppet for the Chinese to pull their strings
The two docs on Trump’s staff, one with a scarf and one on a phone book have Clinton ties whose praises they sing

But there is a savior on the horizon, Bill Gates is funding vaccines and financing with his Microsoft billions
This is the same man that forced his software on us civilians

Not to mention the continuing hassles of achingly slow updates, frozen systems and IT issues
He’s planning on vaccinating the world while the mainstream media has you worried over toilet tissues

Big Pharma is clicking their heels, an untold fortune will be coming their way
The world will be required to have the vaccine series at $1000 a pop or there will be Hell to pay

Their story may change daily but there the experts are acting all confident and bold
But lets all remember, this is the same group of people that haven’t found a cure for the common cold

Recently during a sweeping of the House Floor, the cleaning staff uncovered some top secret documents

Promised was a better life, healthcare and unemployment benefits all issued gratis

Also included was a temporary work visa and a plane ticket to Imlay, Nevada

Roughly translated the statement says, “before you get all the free stuff you must sign up to be a democrat. 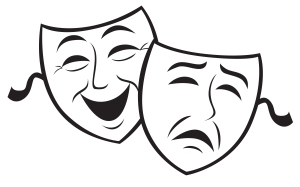 William Shakespeare may have lived over four hundred years ago

While middle America states “The lady doth protest too much methinks”

Perhaps the speaker babbles on fearing the outspoken ignorance of AOC

The whistle-blower is their new hope. Somebody had heard something much like the Mueller echos

As “misery acquaints a man with strange bedfellows”

Proving once again “the empty vessel makes the loudest sound”

How could the voters given this brash outsider the master key

From his elitist perch thinking “Lord what fools these mortals be”

Preaching from his stump “Friends, Romans, countrymen lend me your ears, I have come bury Caesar not to praise him”

The democrats are surely shaking in their glass slippers. Their future and attempts to impeach are entwined

This Is The House Where Genetically Modified Products Dwell

This is the House where GM products dwell

This is the once proud farmer now sowing contract GM corn
Watching the sun reflect off the headstone in the glow of early morn
He had signed the seed company’s indenture so there was no other recourse
If he attempted another seed product the GM lawyers would be there to enforce
Wishing he wasn’t planting seed developed as some lab’s brainchild
A broken man he barely functions, his grief can not be reconciled

They laid him out all neat and fancy in a suit of gray.

In his last few years he didn’t make sense, his brain was mush

But as looney as he was he never forgot to brush.

He was always healthy, only drank water, and flossed his teeth.

So he died at fifty eight, looking real natural under the wreath.

He always heard he’d have great teeth by drinking water with fluoride.

Little did Charley know the rumor was glorified

When the airplane aluminum industry in World War II

Found a manufacturing by product was starting to accrue

There’d be law suits a plenty and the good company name, some would smear

“We can put in the drinking water where it can’t be traced.”

And this could be a way to lead the population astray.

People will celebrate and bid their cavities adieu

And we as a company can double our sales

We’re feed them the pitch and embellish with tall tales

Pay one the right money and he’ll promote the sham

So communities everywhere were able to rejoice

Praising the fluoride all in one grateful voice

So for sixty or seventy years Americans have drunk the great hoax.

Forget about the fact that your brain will begin accumulate

All the amyloid plaque the poison starts to stimulate

It doesn’t start late it starts in the womb

With the mother drinking water as much as she can consume

Giving up her favorite drinks, worried about the baby’s health

The poison is in the baby’s system from day one

The future of the child’s mental capacity has begun

And don’t let your kid be healthy and play outdoors

Cause to stay hydrated, the poison drunk really soars

Not many older people remember a crazy grandpa or grandmom

But by-product water was not their mental cause before howling at the moon.

The rapid rise in dementia is terrifying to most

Since it’s a cumulative process, difficult to diagnose

So have a glass of water while studying the stats.

But better yet give it back to the rats

Or join Uncle Charley so serene on the slab.

All due to 1930’s experimental vermin conducted in a lab.